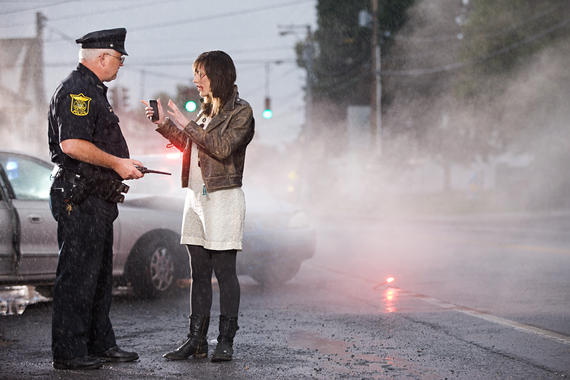 It all happened very quickly. The grey car came straight out of the corner and hit the blue car.
The blue car didn’t have any chance. It was the grey car driver’s fault.

Introduction to Past Simple

A regular Past form ends in -ed

Some verbs have an irregular past form

The car came out of the corner

I was ill last week

Those cakes were nice

Did I/you/he/she/it/we/they stop the car?

We do not use a past form such as stopped or rang in negatives and questions, because the auxiliary verb “did” is already in the past tense.

We also use was and were in negatives and questions without auxiliary verb did.

You/we/they were not in Paris (or weren’t)

Were you/we/they were not in Paris? (or weren’t)