See the example below:

He gave the pirate a chance 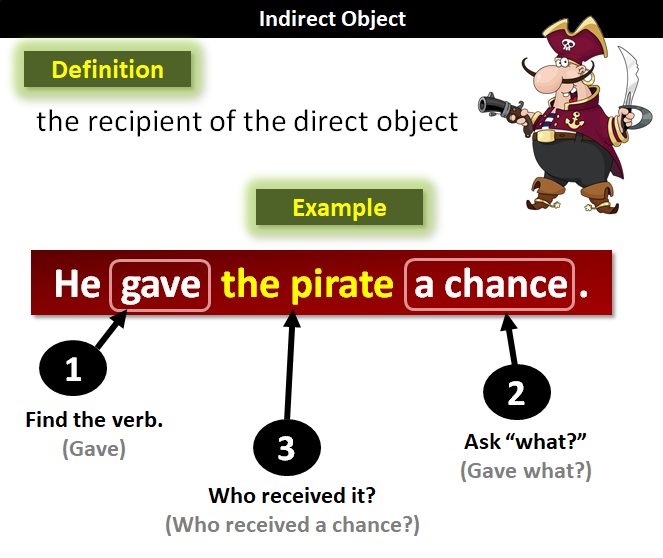 Indirect Objects can be used in several ways.

Give some money to John.
(“John” is the indirect object. He is the recipient of the direct object “money“)

Give some money to him.

Give it to John.

Give it to him.

Give John some money.

Give him some money.

Give John it. (not common)

Give him it. (not common)

(In some very informal situations, you may hear people use this one.
Example: Angry mother to child: Give me it right now!!)

Pattern A and B

Pattern A and C

(When used with for, has the meaning of “on behalf of”)

None of the patterns

eat, sleep, talk, walk, and most other verbs