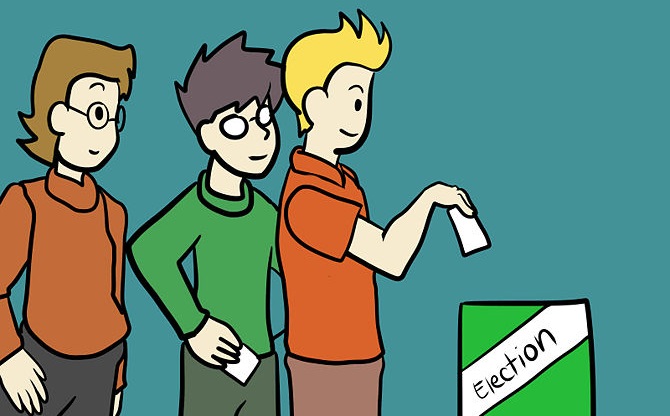 This is the first of our Everyday Conversations about elections.

Samantha: I’m really excited about the student election this year.

Jamal: Me too. I think there are two really strong candidates for senior class president.

Samantha: Hopefully, most of the school will go to the polls next week.

Jamal: Well, tomorrow’s debate might increase people’s interest in the election, so maybe more people will vote next week as a result.

Samantha: I hope so! Last year, the total number of votes was really low.

Jamal: Don’t worry. I’m sure the turnout this year will be better.

An election is the process of choosing someone for a position by voting.

A candidate is a person who takes part in an election and tries to be voted into a position.

The polls are the places where people vote during an election.

A debate is a discussion between people in which they express different opinions about certain topics.

To vote (as a verb) means to officially choose a person for a position.

A vote (as a noun) is the official choice a person makes in an election, meeting, etc.