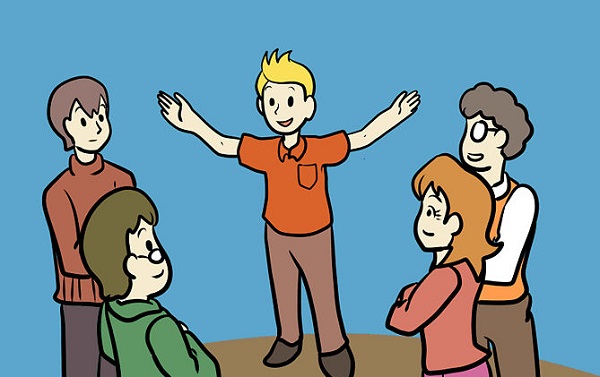 This continues our Everyday Conversations about elections.

Samantha: That was a great debate. Both candidates are really strong.

Jamal: I know! It’s difficult to decide who will make the better senior class president. Both candidates have campaigned well.

Samantha: I agree. Amy will be a great leader for our senior class. But her opponent, Preeta, has really good ideas about changing some school policies.

Jamal: Yeah, it’s going to be a close race!

A debate is a discussion between people in which they express different opinions about certain topics.

A candidate is a person who takes part in an election and tries to be voted into a position.

To campaign (as a verb) means to lead or take part in a campaign to support someone or something or to achieve something. A campaign (as a noun) is a series of planned activities to produce a desired result.

A leader is a person who is able to guide, lead, manage and/or influence other people and their actions.

A policy is an accepted set of ideas or a plan for action followed by a business, government, political party or other group.

In this conversation, a race is a competition in which two or more people try to be elected to a political position. A close race means that the number of votes for each candidate are almost the same, and the winner cannot be predicted before all (or nearly all) of the votes are counted.